At the local elections in May 2018, you elected Anna Birley, Fred Cowell and Peter Ely as your three Labour & Co-operative councillors to represent Thurlow Park ward.

Anna and Fred have been councillors since 2014, and Peter is a new councillor, taking over from Max Deckers Dowber who has stood down after working hard for the local area for the past four years. All three councillors live in the ward. Anna lives on Chatsworth Way, Fred on Norwood Road by Brockwell Park, and Peter on Trinity Rise. 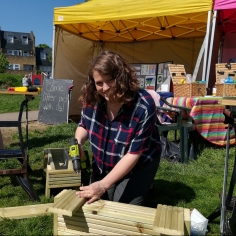 As councillor she works on road safety, having helped to secure the £7 million funding from Transport for London to remove the dangerous one-way system in Tulse Hill and make improvements to West Norwood. She ensured these are delivered collaboratively with the community, working with the Norwood and Tulse Hill Forums to create a new community-led approach, and organising many co-design workshops, street stalls, community events and public meetings so that hundreds of residents had input into the designs.

Anna has also been working to tackle antisocial behaviour on our estates, and holds regular community safety surgeries on the Peabody Estate. As a private renter in Thurlow Park herself, she has set up a new residents’ association for private renters in West Norwood to campaign for better rights for renters and enable private renters to help each other. 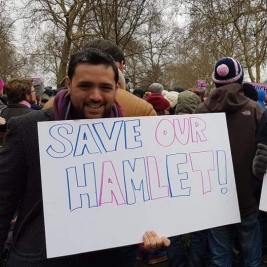 Fred is a lecturer in EU and Human Rights law, a keen cyclist, and a Hamlet fan! He has lived on Norwood Road for the last nine years. He has worked with his neighbours to support them to set up a new residents’ association to campaign against speeding on Norwood Road.

As a councillor he has been very active in supporting Brockwell Park. On the management committee, he is working with park groups to develop a sustainable, long-term future for the park through securing funding to bring Brockwell Hall back into use for things like weddings.

He has also been busy supporting local businesses, and played a key role in setting up West Norwood’s new Business Improvement District. He worked on the Norwood Masterplan and is developing ideas for how to bring more investment in homes and business space into the area. 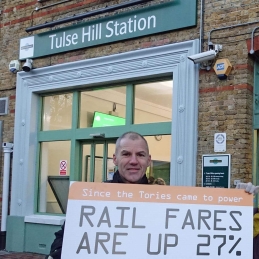 Peter has lived on Trinity Rise for the last twelve years and has spent his whole working life in the NHS. He is a Rosendale allotment holder and trustee of a large educational charity.

Peter was a key part of the local campaign to remain in the EU, and he remains staunchly pro-EU. As a councillor, he will be standing up to the Tories’ hard Brexit and championing the rights of European citizens living here.

He is passionate about the environment and will be leading greening projects, including on our pledges to tackle air pollution and plant more trees.